• What is a game character sprite sheet?

In most basic terms a sprite sheet is basically a compilation of images. A sprite is a bitmap graphic that is designed to be part of a larger scene. It can be represented in the form of a static image or an animated graphic.

Sprite sheets are are used mainly because it is much faster to fetch one image and display only a part of that image than it is to fetch many images and display them.

Sprite sheet animation is nothing more than taking a sprite sheet and changing which sprite is rendered in relation to command given to represent the illusion of movement, much like a film projector displaying a movie.

• How many instance does a game object sprite sheet such as a hero character have?

Sprite sheets are made up of two parts: frames and cycles

A frame is a single image (or sprite) from the sprite sheet. Each picture in the image would be a frame.

When the frames are put in an order that creates a continuous movement, it creates a cycle.

Putting the images in the order that they were taken produces a “run”,”walk” or “idle” cycle.

Draw the Basic Parts of the Character

Next, add some color to your design to bring your character to life. 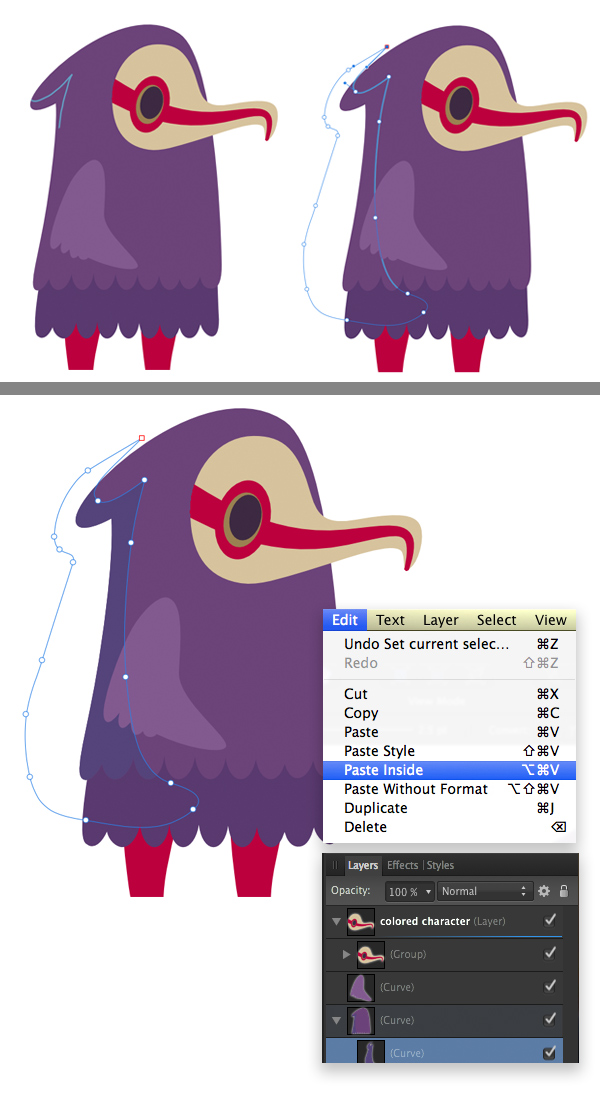 It is important to note that you must also design the transition stages between the character poses.

Finally, after you have created your character it’s time to create your sprite sheet  I will be explaining this relevant to Unity as this is the program I will be working in.

When creating a spite sheet you need to place the images side by side, making sure they all occupy the same space. It’s important that the height and width is maintained correctly, otherwise parts of your sprite will get cut off or display in the wrong frame. In each frame you will progress the movement of your character until it reaches the frame before your starting frames movement.

The amount of frames will depend on the smoothness of movement you require. The more frames the smoother the movement.

Select your image in the Project tab in Unity. Set its “Texture Type” to “Sprite”, and set its “Sprite Mode” to “Multiple”. Then press the “Sprite Editor” button lower down in the Inspector.

You have to “slice” your sprites. In the sprite editor, press the “Slice” button in the top left corner. You can then click and drag around a  region to select it, and give it a name using the pop-up box in the lower right corner of the sprite editor. You can also move the box around, adjust the sprite pivot point, add padding around the sprite, or fix its size.

After this you should be able to expand your sprite sheet in the Project tab. This will create “child sprites” which will appear as if they were separate image files.

You could also make use of grid slicing or layers.

Grid slicing would be most useful when all your sprites are all a fixed size. You will be able to draw them in properly-aligned grid cells in your art tool. Unity can also slice your sprite sheet according to the size you specify.

Layers is another alternative and involves one drawing your sprites on separate layers in your 2D art tool. This allows you to easily swap between frames. You can then use an export plugin to arrange the separate layer images into a single sprite sheet. You can also bypass the sprite sheet entirely here, and treat the layers as separate images in your game.

COOL! I’M OFF TO GET CRACKING ON MY CONCEPT HOPE THIS HELPS!